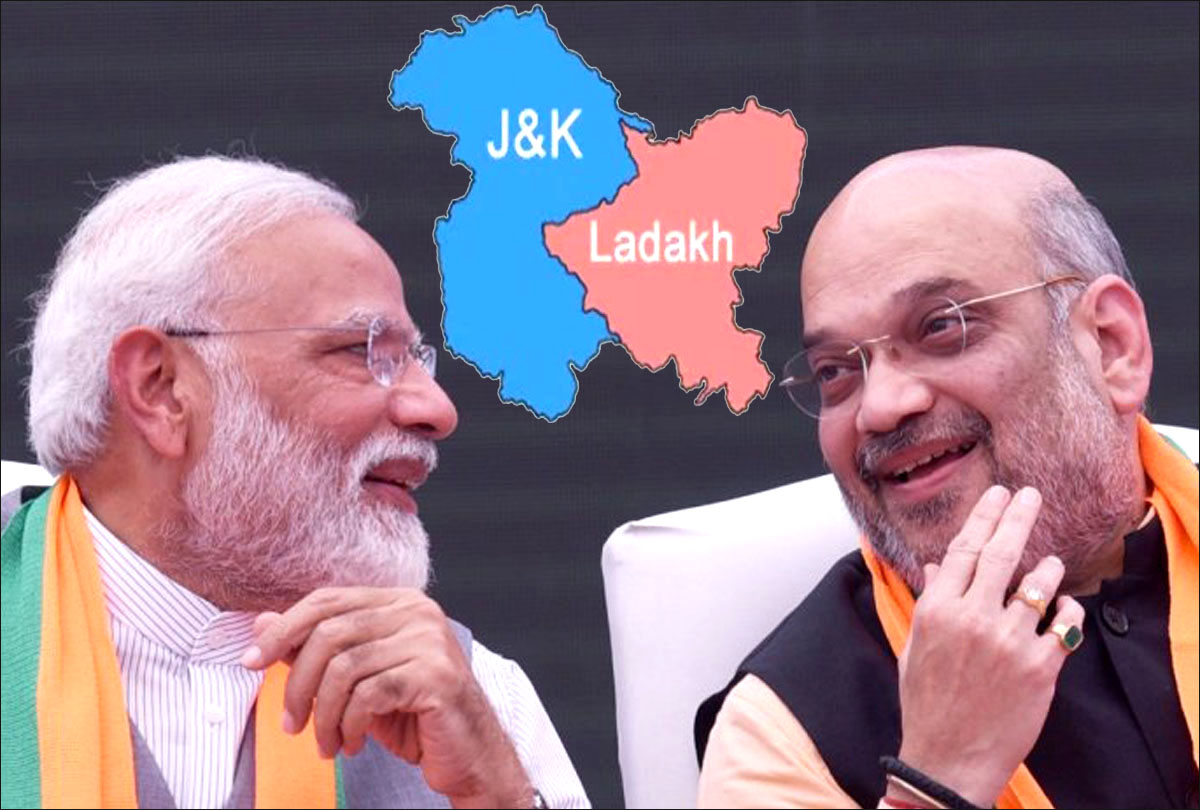 On 2nd anniversary of Article 370 abrogation, J&K people stand with the nation energetically; Forces inimical to peace have crestfallen substantially

POONCH/RAJOURI: August 5, 2019 was a historic day for the people of J&K, when Union Government abrogated the temporary and controversial Articles 370 and 35 A and promised commencement of a new era for the residents of J&K. Apart from large sections of J&K, accordance of UT status to Ladakh was also celebrated with pomp and show by the localities. 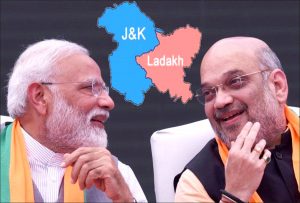 J&K, being an integral part of our country is a crown, jewel of the nation, but unfortunately, Valley-based leadership and separatist forces, under the direction of their mentors sitting across the border hoodwinked people of J&K with false promises of the so-called “Azadi”. They succeeded in their agenda to some extent for years, but no government at the Centre from the early 90’s onwards could muster the courage to counter this sinister design of Valley-based leaders, leading to a spike in terror activities.  It’s a fact that Valley-based leaders, who remained in power, blackmailed New Delhi for decades and remained involved in unparliamentarily activities. Even, former Governor Satya Pal Malik once said that a few J&K leaders for decades behaved like ‘Sultans’ of J&K and were involved in various scams which were in several crores. The common man of the valley was misguided because of various anti-national narratives which were continuously flouted by few leaders against the interest of the nation. Only a small chunk of people were involved in anti-national sentiments, but the majority of people of J&K, especially from the valley always  wanted development, but their voices were choked by valley based leaders and separatist forces.

But, then came the big turning point in the history of J&K on Aug 05, 2019, when the Union Government under the leadership of the Hon’ble Prime Minister of India and the Union Home Minister gave the much-needed respite to people of J&K from the clutches of those valleys leaders who befooled everybody for decades, by abrogating the temporary status. By successfully and peacefully conducting the operation abrogation of  Article 370, which was of temporary nature, Union government did a remarkable job by ensuring foolproof security for everybody as no untoward incident of any kind was reported from anywhere in J&K. Even propaganda of Pakistan failed miserably as their paid forces in the valley which were inimical to peace in J&K, have crestfallen substantially.  It was the same Kashmir valley, which used to witness clashes even on trivial issues, to be instigated by valley leadership and separatist forces by using poor and innocent people who were having no sources of income. Few innocent youths were misguided under the radicalization campaign of anti-India forces and this process remained active for almost two decades, but slowly and silently, people have started realizing that they were misused by anti-India forces. Ghulam Ahmed, a resident of District Shopian, who was on a visit to Noori Chamb waterfall, in Surankote tehsil of Poonch district, said, “Now, every Kashmiri wants development and is ready to walk an extra mile with the union government. The heavy influx of tourists in Kashmir valley and the way they receive love and care from locals is an indication that valley people are ready to play an important role in the nation’s development.”  After a long time, people of Jammu and Kashmir have realized that they were hoodwinked by valley-based leadership for decades and that’s why no untoward incident reported on the first anniversary of abrogation of Art 370 on Aug 5, 2020. Now, on the second anniversary, the people of the valley are not showing any act of standing against the nation, rather, they want only peace and development. Almost nil response to the call given by the separatist forces on “Martyr day” on July 13 shows that people are not ready to find themselves trapped again in the false propaganda of anti-India forces as they want a better future for their next generations. Even a few valley-based political parties are unable to convince people to stand against abrogation of Art 370 and it’s a clear indication that valley wants peace.

Strong Indian foreign diplomacy leads to eyeball to eyeball confrontation between Afghanistan and Pakistan
Nationalism strongly growing in Kashmir despite attempts from Pak to disrupt peace; GOI committed to peace and development in J&K UT