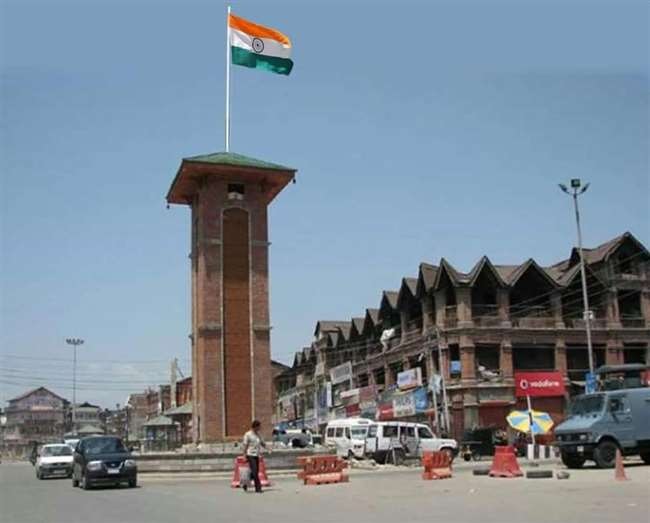 Nationalism strongly growing in Kashmir despite attempts from Pak to disrupt peace; GOI committed to peace and development in J&K UT

POONCH: Although, Pakistan and its driving forces have been trying hard to present a poor picture of J&K at the international level after the abrogation of temporary special status, the ground conditions in J&K speak positively everywhere. 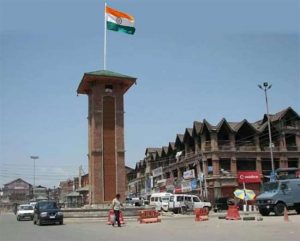 Union government has fulfilled its commitment to ensuring peace and development in every area of J&K after Aug 5, 2019, when special status was abrogated. Nobody thought even in dreams about the emergence of peace in J&K as the erstwhile state of J&K state always remained boiling. In a real sense, only a few districts of the valley were disturbed, but Pakistan and its well-wishers tried their best to project the entire J&K as a disturbed one. Jammu and Ladakh regions remained mostly peaceful for several decades, despite facing stepmotherly treatment from Kashmir-based political leaders who remained at the helm of affairs mostly. For three decades, Kashmir valley used to witness violent clashes against the nation even on trivial issues, but the wind has changed in a massive way because for the first time during the last few decades, Valley has been witnessing total peace with a heavy influx of tourists. The other day, in The Central University of Kashmir, staff members were seen chanting the national anthem on the eve of Independence Day. As part of 75 years of independence, the installation of 100 ft high  Tricolour at the famous tourist spot Gulmarg has been accepted wholeheartedly by the people, and it’s an indication that nationalism has started to grow in Kashmir as people are themselves witnessing peace and development. The presence of Tricolor at the famous Lal Chowk, Srinagar, which was once a driving force of anti-national activities, now witnessing several acts of nationalism. Even, father of terrorist Burhan Wani unfurled the tricolor. At many locations in the valley, people were seen unfurling Tricolour. In reality, after the abrogation of Articles 370 and 35 A, J&K has been witnessing massive changes.   Many development projects in the entire J&K UT has started as LG J&K UT, with the full support of the Union government has initiated many developmental works by ensuring transparency. Information Technology is being used in a big way by LG in developmental activities to reduce the possibility of frauds, which remained a regular practice in the erstwhile state of J&K with the involvement of political leaders in power. Just a few days back, LG J&K UT, Manoj Sinha, launched PROOF: “Photographic Record of On-site Facility application” at Civil secretariat. This new intervention launched by LG will be used for uploading complete geo-tagged photographs and it will have a massive impact as far as transparency in developmental works is concerned. This scheme will help the citizens to overview the works under construction and people will also get full information from the start of work up to its finishing in a transparent manner. Moreover, for strengthening the Industry sector, more than 450 MOUs amounting to Rs 23,152.17 crore were signed with various business institutions, which are keen to play an important role in J&K UT. For boosting Industrial development in J&K UT, Rs 28,400 crore have been approved. Under the PM rehabilitation package, 3,481 Kashmiri migrants youth have got jobs. The government has been played a pro-active role in addressing the grievances of people at the grass-root level and in this context, Deputy Commissioners and SSPs have been directed to conduct public meetings regularly to address the problems of people on the spot. Huge involvement of local representatives at all levels of governance is a morale booster for the public. For formulating plans at the local level, elected representatives are playing a big role in ensuring development. This massive shift in allowing people at the grassroots level to decide their developmental plans is an outcome of the Abrogation of controversial and temporary articles 370 and 35 A. When the nation has been celebrating 75 years of independence, Kashmiri people have chosen nationalism as their daily routine and this is an indication that the valley has entered a new era and nobody earlier expected this change even in dreams. People are keen to stand with the nation strongly because they have realized that they were used by the anti-national forces for their personal interests.  People are now saying that J&K has been converted from a state to a “Super State” and they are praising the Union government for providing them with an atmosphere of peace, patriotism, and development, and the way things are going on, the day is not far away when the nation will start witnessing patriotism from every corner of the valley. Although, forces inimical to peace are trying their best to disrupt peace and prosperity, but the people of the valley have decided to become proud Indians and this massive change in the mindset of people is attributed to the abrogation of Articles 370 and 35 A. While witnessing the government of India’s commitment to peace and development, people of entire J&K UT, especially from the valley  are chanting “National Anthem” and are waving Tricolour everywhere by saying ‘Jai hind’, ‘Hindustan Zindabad’ and this shows that Pakistan has failed in her repeated attempts of projecting J&K as a disturbed area.