Latest News
Mishandling of power! Pleasing top bosses by gruelling individuals without investigation has become a new mantra of the Poonch Police; DGP’s intervention  needed93 Infantry Brigade authorities fail to strengthen the spirit of the sports with unprofessional approach; One mismanaged hockey event mar successful Link up day celebrationsWith Panchayat and Local Bodies elections due next year, assembly elections in J&K are likely to be put offCredibility of the Poonch administration has reached a frightening low due to reports of intensifying dishonestyPUBLIC NOTICE “POONCH TODAY” bold journalism is totally based on an impartial and investigative nature
India will win its fight against COVID-19: PM Modi – Poonch Today 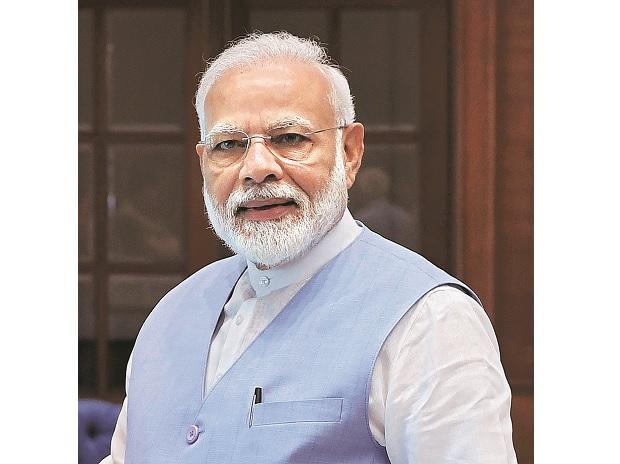 India will win its fight against COVID-19: PM Modi

NEW DELHI:  “Many soldiers fighting the Coronavirus are not in the confines of their homes but outside their homes. These are our front line soldiers-especially our brothers and sisters on duty as nurses, doctors and paramedical staff. I spoke to some of them to express my gratitude for their service and to keep their zeal going. Their sincerity and commitment also helps me in keeping up my spirits ” 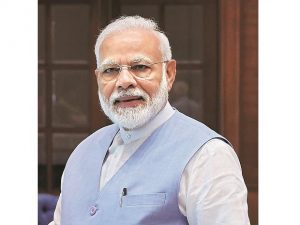 Prime Minister Narendra Modi has said that social distancing is the most effective way of fighting against COVID-19 and by complying with the lockdown, people can protect themselves.

Sharing his thoughts in the 10th edition of the Mann Ki Baat, Mr Modi said, “Everyone has to protect themselves and their families and for the next many days, they have to abide by the Lakshman Rekha. The determination and restraint of each Indian will help in facing the crisis.”

Mr Modi called upon the global community to join hands  in the resolve to exterminate this virus which poses a threat to annihilate the human race.

“Corona virus has incarcerated the world. It is posing a challenge to Knowledge, science, the rich and the poor, the strong and the weak alike. It is not confined to any nation’s borders, nor does it make distinction of region or season. This virus has, in a way, obstinately picked up the gauntlet to annihilate the human race. And that is why humankind will have to rise unitedly, in the resolve to exterminate it”, he said.

The Prime Minister said, in order to battle Coronavirus in a country with 130 crore people, there was no other option but to go for lockdown. He emphasized that the fight against Coronavirus is between life and death and that is why such strong measures had to be resorted to. Mr Modi said, looking at the way the world is going through, this was the only way left. He said, safety of people has to be ensured.

Mr. Modi said, those breaking the rules during the lockdown in the wake of COVID-19 are playing with their lives. He made it clear that those who do not comply with the lockdown rule should understand that it will be difficult to save ourselves from the scourge of the Coronavirus.

The Prime Minister said, ”The world over, many people nursed this delusion and all of them are regretting it now. Since the battle against corona is unprecedented as well as challenging, the decisions being taken during this time are unheard of in the history of the world”.

The Prime Minister told that the steps being taken by Indians to stop the spread of corona and the efforts being made, will ensure that India conquers the pandemic.

Mr Modi said, “Our sympathy for the poor should also be far greater. Our humanity stems from the fact that whenever we see a poor or hungry person, we first try and feed him or her in this time of crisis”.

He said, we should think of their needs and India can do it as it is part of its values and culture. The Prime Minister cited an adage which means, an illness and its scourge should be nipped in the bud itself. However, when it becomes incurable its treatment is very difficult. He said, every Indian is doing just that these days.

The Prime Minister said, corona virus has incarcerated the world and it is posing a challenge to knowledge, science, the rich and the poor, the strong and the weak alike across the continents and that is the reason why he has confined to this issue in this edition of Mann Ki baat.

Mr Modi  extended a heartfelt apology to all countrymen and said he strongly feels from the core of his heart that the people will forgive him because he had to take certain decisions may be resulting in myriad hardships. He specially mentioned the underprivileged brothers and sisters and said, he fully understands what they are going through. Citing another adage, he said good health is the greatest fortune and health is the only way to happiness in the world.

The Prime Minister said, in this war, there are many soldiers who are fighting the Corona virus, not in the confines of their homes but outside their homes.

He said, “these are our front line soldiers especially the brothers and sisters on duty as nurses, doctors and paramedical staff  who have defeated corona virus”.

The Prime Minister shared his conversations on phone with some of those engaged in the fight against CIVID-19 boosting their zeal, in turn raising his own enthusiasm as well and said he has learnt a lot from them.

The Prime Minister said, all these people are persevering to the best extent possible to chase out this scourge.

“What they tell us is not just for us to listen to and it is to be practised in life in the truest spirit” he said.

Prime Minister also praised the selfless spirit of the Nurses and other medical staff.

“India has been able to fight a battle on such a massive scale, only because of the zeal and grit of frontline warriors like doctors, nurses, paramedics, Aasha, ANM workers, sanitation workers. The country is also concerned about their health and hence the government has announced a health insurance cover of upto 50 lakhs rupees for nearly 20 lakhs colleagues from these fields so that in this battle, they can lead the country with greater self-confidence” he said.

He praised the small retail storekeeper in the neighbourhood, the drivers and workers, who are working ceaselessly, so that the nation’s supply chain of essential goods is not disrupted. Mr Modi said, those working in the banking sector are leading us in this fight. He told that many people are engaged with e-commerce companies as delivery personnel and are delivering groceries in these testing times.

The Prime Minister expressed gratitude to the people who are enabling the people to watch uninterrupted television and making digital payments with ease. He requested them to follow all the safety precautions, take care of themselves and their family members.

The Prime Minister said, people need to understand that in the current circumstances, we need to ensure social distance, not human or emotional distance.

He said, he was pained to see that some of those quarantined are being stigmatised and ill-treated. He appreciated those who have quarantined themselves to protect other people from getting infected.

The Prime Minister said, social distancing is the most effective way of fighting against coronavirus.  He again appealed to the countrymen to stay at home, be careful and safe in order to win this battle.